Back in 2012 when I had my first surgery to diagnose and treat endometriosis, my surgeon was able to ablate the lesions from my Fallopian tubes, but he was not comfortable working with the lesions on my bladder. For five years these implants continued to grow and spread, until my recent surgery in 2018 where endometriosis was excised from my bladder, colon, and ribs. Sadly, there were implants on my diaphragm that my surgeon did not feel comfortable removing as she was not trained in working with the thoracic cavity. In these cases of thoracic endometriosis, only a handful of doctors in the world are skilled enough to work side by side with a thoracic surgeon to carefully ablate the implants using a technique called VATS (video assisted thoracoscopic surgery). Thus, after waiting and suffering 5 years between surgeries to remove the endometriosis (for a total of 20 years) there were still residual implants left inside my body that I knew was going to spread eventually.

A few months after my surgery I went into the hospital with excruciating abdominal pain. Upon admitting me into the ER my blood work revealed elevated lipases at 2000. A repeat blood work showed the same spike and so I was admitted as an in patient to continue doing more tests. That story ended quite quickly as is the beast of the medical system: two doctors claimed I had pancreatitis but the more senior doctor disagreed and sent me home. I suffered – and continue to suffer – 2 whole months with this chronic debilitating pain. It so turned out that after around 7 weeks I started to exhibit symptoms of a colitis flare and was going to pull through at home until I had these weird heart pains which were new for me and fairly frightening to say the least. Skipping ahead to when I got to the ER, my lipases were at 4000 and this alarming number enticed the doctors to admit me once again, even though this wasn’t what I came into the hospital for. Back on the pancreatitis train we went, proceeding with blood work, a chest X-ray, fecal testing, two endoscopes and the list goes on. While my lipases continued to bob all over the place during my 7 day stay at the hospital, my colitis symptoms subsided and the mystery continued. This visit brought on the interest of the general medicine doctors and the gastroenterologists who ruled out acute pancreatitis (I don’t drink and I don’t have a gallbladder to form gallstones: the two main causes of acute pancreatitis). They failed to fully rule out autoimmune pancreatitis as my IGg4 levels were normal (as is the case with type 2, not type 1). They also failed to rule out EPI – exocrine pancreatic insufficiency – a disease in which your pancreas lacks the fundamental enzymes to break down foods into basic nutrients and thus your body does not absorb nutrients from foods you eat.

Along the way I had suggested that since none of the scans showed any abnormalities in the pancreas, any blocks or any stones, that perhaps this could be endometriosis on the pancreas, making it angry, and causing it to spike in lipases. The theory was not thrown out. In fact, the two teams of doctors thought it best to bring in the Gynaecological team for a consult to see how plausible this could be. First came the residents who stated this was an interesting theory although the endometriosis on organs such as the pancreas and liver were too rare. I begged the question “is it more rare to have it on my organs or on my diaphragm?” – needless to say the answer was not provided. The second step was to ask the attending doctor what he thought about this theory. Instead of having a voice he played the politically correct card and deferred to my endometriosis specialist who unbeknownst to me is the head of gynaecology at the hospital. Here is what she said:

I have never seen endometriosis on the pancreas in all my years of practice and I strongly believe this cannot be the case. She would be written up in a case study. I have told the patient that she should be on Lupron to use as a diagnostic tool to determine whether the pain she is having is in fact associated with endometriosis. I now, however, think that we should hold off on lupron as it could confound any other finding for this cause of pain, and so we will back out of this case until the other departments have run up against a wall,… and then we can bring lupron back on the table.

That, my friends, was the last time I heard from my endometriosis specialist aka my quarterback. I was livid. I was exhausted. I felt denied and betrayed all at once. The other piece of this story is that she refused to refer me to THE ONE AND ONLY doctor in Canada who is qualified to remove endo using VATS until I performed the lupron diagnostic. She never came back onto the case, and I fired her. Because, I can!

Today I continue to suffer from the abdominal pain, in the comfort of my own home, and have a few extra tests booked as the doctors are curious and excited to determine what is going on with my body. I cannot say I was denied proper care because the doctors at the Vancouver General Hospital have always gone above and beyond. What I can say is that while endometriosis on my pancreas may sound like a hilarious and rare probability, I have since been in touch with a handful of endo sisters who have either suspected or confirmed endometriosis on their pancreas and/or liver. So again, I ask you, is it really that rare, or is it medium rare?

Endometriosis is a disease that effects 1 in every 10 women. Some say it is genetic; others attribute the disease to early life trauma, and in some cases we hear cockamamie theories such as “women bring this upon themselves by having sex too early”. Women at the age of 14+ begin seeing a gynaecologist for yearly Pap smears. These doctors are specialized in the reproductive system but so few of them understand endometriosis. There are highly specialized endometriosis surgeons who have spent a great deal of time understanding how this disease spreads and furthermore how to eradicate the endometriomas from organs and spaces outside the womb. These surgeons, albeit experts in the field, may or may not be able to work with certain organs such as the bladder, the colon and in some cases even the diaphragm. Even worse, a very small number of endometriosis surgeons are trained in excision surgery; they continue to perform ablation surgeries that simply cauterize the lesions. The point is there are very few resources dedicated to better understanding this disease, and very few professionals who are specialized in the field of treating endometriosis.

One thought on “Is it rare or medium rare?” 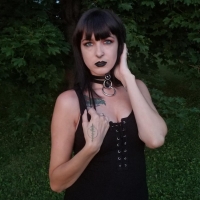 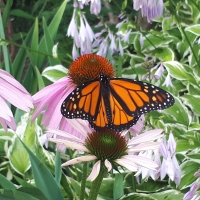 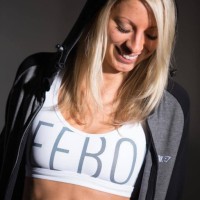